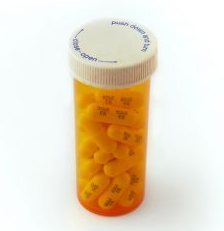 Drug costs in the UAE are being cut to align with neighbouring countries.

The Ministry of Health (MoH) in the United Arab Emirates has announced the reduction in prices for 205 drugs, reports Gulf News. The cheaper drugs include 14 used for treating diabetes, a disease affecting one in five of the UAE’s population, according to data from the International Diabetes Federation.

The price reductions come after meetings between the MoH and both local and international drug companies. A comparison study of drug costs was conducted with neighbouring countries and worldwide manufacturers. The study showed the importance of balancing costs with other countries, especially cutting-edge drugs produced by international pharmaceutical companies, reports the MoH.

“Providing drugs at reasonable prices is one of the ministry’s priorities and its health care services, said Dr Amin Hussain Al Amiri, assistant undersecretary at the MoH.

“Through its strategic partnership with local, regional and international drugs companies, the Ministry of Health has applied four initiatives to reduce drug prices since 2011.”

Dr Al Amiri said the cost reductions were particularly important for those who rely on drugs daily, such as diabetics. Aside from the four diabetes drugs the other medications include those used to treat glaucoma, osteoporosis, heart conditions, lung cancer, and kidney disease.

In November last year the MoH announced plans to cut the price of 152 drugs for chronic diseases by 10-60 percent. In total more than 7,000 drugs have had their prices reduced in the last 30 months.

The biggest reductions were made in June 2013 when over 6,500 drugs, including treatments for hypertension and heart failure, antidepressants, anti-virals for HIV and asthma medicine, were reduced by up to 40 percent.

The pricing system will be carefully monitored in the future and a list of the drugs and their new prices will be released on the MoH website.

Insurance companies will want to monitor the cost of medication in the UAE, a popular place for expatriate workers. It remains to be seen whether the lower costs will be reflected as lower premiums, but at least it will bring the country in line with the costs seen in Saudi Arabia, Bahrain, Jordan and other Middle Eastern nations.