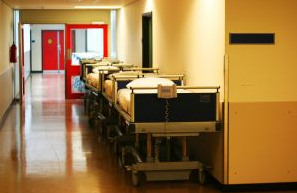 The NHS is wasting £1bn a year treating patients with private medical insurance.

The UK’s National Health Service (NHS) is reportedly wasting £1 billion a year treating patients with private insurance. Nearly 1 in 3 patients treated by the NHS has private insurance, the costs of their treatment could be covered by their insurers, according to a study. Emergency procedures and cancer treatments worth hundreds of millions of pounds are among the things the NHS is providing to people who have private cover.

Many patients do not claim on their insurance for fear their premiums will increase, they may have to pay an extra charge or their doctor may neglect to ask them if they have private insurance, reports The Independent.

The main findings of the study, carried out for HCA International were:

The report findings show NHS waiting times could be reduced and a significant contribution made to the the £20 billion worth of savings the NHS must make before 2015 if more people used their private coverage.

The NHS could save the most money in the south east where a higher proportion of patients have private insurance and more NHS hospitals have Private Patient Units. “NHS hospitals with Private Patient Units have an opportunity to free up NHS beds, save costs and generate income by identifying those with cover and providing opportunity to use it,” Keith Biddlestone, commercial director at HCA International said. HCA International manages private patient units on behalf of a number of London NHS Trusts.