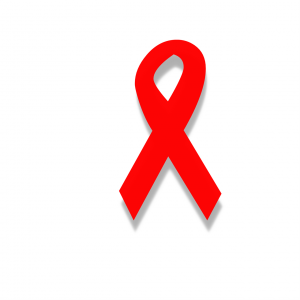 World AIDS Day takes place every year on 1 December and it is an opportunity for the world to unite in the fight against HIV and the stigma surrounding it.

In an interview with Matt Lauer on the Today Show, Charlie Sheen announced that he is HIV positive. The actor known for his roles in Two and a Half Men and Anger Management is one of about 1.2 million people in the United States and 35 million globally estimated to be living with HIV.

Sheen revealed that he paid millions to prevent people from going public about his condition. He decided to come forward about his diagnosis in order to put an end to all of the media speculation and the extortionate payments that he was making.

Since testing positive four years ago, Sheen has been receiving antiretroviral treatment rendering the virus is ‘undetectable’ in his blood. There is still a minor risk of transmitting the disease through sexual activity. Sheen also said that his shame, anger and disbelief at the initial diagnosis “led to a descent into substance abuse and fathomless drinking”. However, by going public he hopes to reduce the stigma and shame that others diagnosed with HIV still feel.

The fact that Sheen sp 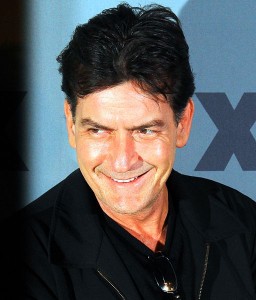 ent millions of dollars simply to hide his diagnosis signifies the stigma still felt regarding HIV, often revolving around judgments towards sexual behaviour, even in this day and age.

We have come a long way, the diagnosis HIV positive no longer means a “death sentence” as it was regarded in the 1980s. Due to advanced medication it is now a far more manageable disease.

While the public understanding about HIV is much better than it was in the past, the diagnosis is not yet free from bigotry, shame and judgment, perfectly demonstrated by ignorant comments expressing the belief that Sheen got what he deserved because of his lifestyle choices. While his substance abuse is questionable, it is never okay to deliberately demonise someone. Unfortunately, HIV does not discriminate.

Studies have shown that people actively avoid getting tested due to the fear of being judged or discriminated if they receive a positive diagnosis.

The Kaiser Family Foundation found that one in three Americans hold misconceptions about HIV transmissions. Some believe that HIV can be spread by sharing a drinking glass or by swimming in a pool with someone who is HIV positive.

To be infectious HIV must be present in large quantities in specific bodily fluids: blood, semen, pre-ejaculatory fluid, vaginal and rectal secretions or breast milk. A person can only be infected if one of these fluids enters their bloodstream.

In order to undo the misconceptions about HIV, awareness and education is needed. We need to emphasise the importance of early testing and treatment, but also to educate those who still believe HIV can be transmitted through kissing.