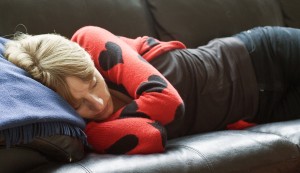 Napping can have positive effects and boost productivity.

For years hispanic countries, most notably Spain, have suffered by the stereotype of being “lazy” for taking siestas. But, are siestas really a sign of laziness or are they actually an ingenious idea? Studies have shown that taking a siesta in the middle of the day can increase productivity while reducing frustration and short-temper.

The Spanish town of Ador, located in Valencia, wants to avoid short-tempered and frustrated workers (and citizens in general), which is why they have instated a law that gives every resident the right to an afternoon nap. From 2pm to 5pm, everything will go quiet; children are not to be let out on the streets, businesses are to close down, and the town is to snooze in unison.

Siestas are good for your health

Naps that last between 30 and 90 minutes are proven to be more effective than caffeine, increasing response time and alertness. Brief naps, up to 10 minutes, can have positive effects lasting up to three hours. However, naps that last over two hours can damage your sleeping cycle and cause sleep inertia. So before taking your legally approved nap after lunch, make sure you set your alarm!

Ador is the first Spanish town to introduce such a law (and here’s to hoping it catches on in the rest of the country!). The mayor of the town even said children are to be kept indoors during siesta time to avoid disturbing elderly people or anyone who is taking their rightly deserved nap.

Ador, as many other traditional Spanish towns, has a long history of nappers. As an agricultural town, it was common for workers in the countryside to take short siestas after lunch. This would allow them to keep working hard until the sun set. During the summer the days are even longer, which meant that napping was (and continues to be) a relevant summer activity.

Thanks to Joan Faus Vitòria, mayor of Ador, generations of nappers can now legally claim and enjoy their afternoon snooze to boost productivity and enjoy a feeling of well-being.