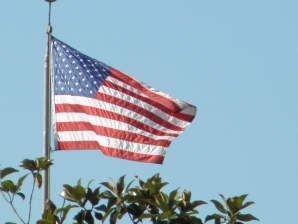 Legal immigrants and naturalized Americans must have insurance by January 1 2014.

It seems the Affordable Care Act (ACA), or ‘Obamacare’, hasn’t considered the issue of immigrants to the United States, causing unforeseen problems for many. As Obamacare comes into effect for many Americans, people are asking what is means for immigration applicants and their families.

Insurance availability, coverage and eligibility under Obamacare vary for many reasons, including:

The ACA was designed to cover the 44 million Americans who have no health insurance, however, it wasn’t designed to include those in the US illegally, visitors, or medical tourists. These groups must pay for care out of their own pockets, or have an international health insurance policy which covers the States.

People applying for US citizenship are generally required to provide proof of US health insurance coverage which has no pre-existing condition exclusions. This can be very hard to obtain for many immigration applicants without being in the US first, but it’s impossible to enter the US without this insurance.

There are ways around this, for example, if you’re employed by an international American company, they can add you to their insurance plan, though only if it covers non-American citizens not in the country.

Alternatively you can purchase worldwide international health coverage unwritten by a provider pre-approved by the federal government. To fulfil the pre-existing condition exclusion clause however, you will have to have had the policy for up to two years before you plan on moving to the United States. This will satisfy any pre-existing condition limitations on the policy.

Essentially, all legal immigrants and naturalized US citizens must have health insurance in place from January 1 2014, or pay a tax penalty. Illegal immigrants are ineligible for Obamacare and won’t be required to comply, however, they will still be allowed access to emergency and prenatal care.

Those on temporary visas may be eligible for some or all of Obamacare’s programmes, to find out for certain you should check with an immigration lawyer.