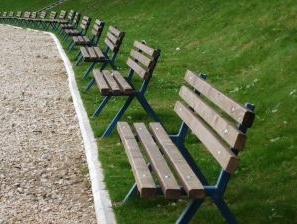 People who move to areas with more green space have better mental well-being.

People who move to greener areas show improved mental health, a benefit which can last up to three years, say UK researchers. After analysing data which tracked people’s health for five years, the researchers have suggested creating more green spaces in towns and cities will have a lasting benefit on residents’ mental health.

The study, published in the journal, Environmental Science & Technology, is one of the first to look at the long-term benefits of green spaces. The researchers studied data from 1,000 participants in the British Household Panel Survey.

If you’re considering a move abroad, the following have plenty of green, open spaces to help improve your mental well-being.

Ranked as as of the cities with the highest quality of living in the world by Mercer several years running, 50% of Vienna is classified as green space. Statistically, there are 120 square meters of parks and gardens for every resident of the city.

Singapore is one of the most densely populated countries in the world, but good city planning means there is a large amount of green space to escape to. According to the World Cities Culture Forum, Singapore has devoted 47% of its area to public parks and gardens.

Australia’s largest city is eternally popular with expats seeking sunshine and a laid-back lifestyle in a modern, 21st century city. Sydney comes just behind Singapore, with 46% of public green space, ideally for making the most of the sun and boosting your mental health at the same time.

For a closer look at cities with the most green space check the World Cities Culture Forum, and the Park Score Index for American cities.

Dr. Ian Alcock who led the research into mental health and green spaces describes the findings as, “important for urban planners thinking about introducing new green spaces to our towns and cities, suggesting they could provide long term and sustained benefits for local communities.”