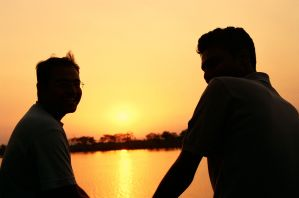 Mental ill health constitutes 14% of all global health conditions but receives less than 1% of most countries’ health budget. A third of countries worldwide have no mental health program in place at all. The stigma surrounding mental health is slowly being broken down in the western world but for people living and working further afield it can be difficult to access the help and support that they desperately need.

The current economic climate is also having an impact on the occurrence of mental ill health and global suicide rates have been rising due to the downturn. It is understandable that this, combined with strains of living abroad, is also affecting expats.

For example, the suicide rate among expats in the UAE is seven times higher than that for Emiratis. Topping the list are Indian expatriates in the country, which is potentially due to pressurised work environments brought on by their financial responsibilities back home. The government of the UAE has however put forward plans to implement a suicide helpline. A radio campaign in 5 Indian languages was designed to raise awareness that help is available to the most vulnerable workers in the country.

It is arguably due to cultural differences and the different way in which mental illness is viewed across the world that has caused difficulties for those seeking help.

There are, however, a growing number of organisations offering remote therapy services, utilising technology like Skype to reach expats who cannot physically access mental health treatment.

In this way, a therapist that speaks your language is readily available wherever you are in the world. So in countries like Japan where talking therapies are dismissed and medication seen as the only answer, foreign nationals have the choice of receiving the treatment that best suits their needs. A non-profit organisation TELL has now been established in Japan providing free and anonymous therapy over the phone to expats finding adjusting to life in the country more difficult than they thought; services are mainly in English or Japanese. Similar services can be found in most countries.

Although the market is still relatively small there are some organisations providing direct mental health care for expats. For example the International Mental Health Services in The Hague. The International Therapy Directory lists therapists working in different countries detailing their areas of expertise and which languages that they speak.

Therapists that specialise in expat problems are vital in ensuring that the culture shock experienced when moving to and living in a different country does not negatively impact expats’ mental well-being. Services can be found in most major cities, with therapy offered in multiple languages. Being able to express yourself in your own language is vital to successfully dealing with mental ill health abroad.