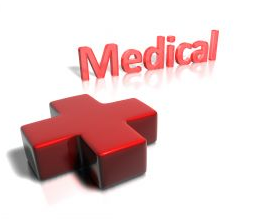 People often associate international health insurance with emergencies and being airlifted to the nearest hospital. The reality is, most claims made through expat insurance are for everyday ailments. MediCare Internationallooked at the top types of claims from the past two years, to find out which conditions were more prevalent than others.  The results not only reflect the most common complaints, but the fact that being in a new and different environment can also have an impact on your health.

The most common complaint is back problems. Back pain is extremely common, with four in five people being affected at some point in their lives. Carrying heavy suitcases, being on long-haul flights and even sleeping in an unfamiliar bed can bring on this type of pain.

The second most common complaint claimed for by policyholders is respiratory infections. This includes influenza which can be contracted by being in new surroundings and picking up viruses your body is susceptible to. Higher pollution in your destination can also cause respiratory problems and poor air quality.

Third on the list is gastro or abdominal problems. In the current age of frequent travel, globe-trotters find themselves getting stomach problems much less than in previous decades. However, unfamiliar viruses and bacteria can cause abdominal issues with some people. More serious illnesses such as dysentery are still common in developing countries like India. Even with all the sensible precautions it is almost impossible to guard fully against this type of illness.

Other common claims on the list include cancer, skin conditions, hypertension and knee problems. Debbie Purser, Managing Director at Medicare International said: “People often associate private healthcare with medical emergencies.  The truth is, the most common conditions reflect everyday living difficulties which can be exacerbated whilst abroad, whilst others are conditions which are often brought about from the effects of travel and simply being in new environments.”