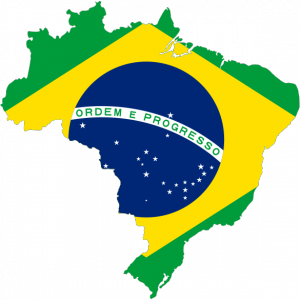 With the World Cup just starting, millions of eyes will be on Brazil in the coming weeks. As one of the BRIC nations, Brazil is a centre for economic growth, and a magnet for expats of all nationalities seeking work. It is also the largest country in South and Latin America, and the fifth largest in the world, both in terms of geographical area and population, with just under 200 million inhabitants. With all this to live up to, what can expats expect from its health system?

Dengue fever, hepatitis A and B, and malaria are all relatively common in Brazil, especially in more rural areas. A large Dengue outbreak in 2002 affected around 800,000 people in the Rio area. So if you’re visiting or planning a more permanent move medical insurance is essential, as private healthcare is hard to access and expensive without coverage.

Malaria is present in the north west regions of Brazil, including two cities set to host World Cup matches, Manaus and Cuiaba. Medical evacuation is often required for those suspected to have contracted malaria, especially when in a rural environment.

Debbie Purser managing director of Medicare International points out that “Malaria is the biggest parasitic disease killer that there is and there is currently no vaccine, so having fast and effective access to the right medical facilities to ensure diagnosis and treatment is essential. In particular, where an individual is living in a remote part of Brazil, it is likely that evacuation to a nearby, more comprehensive international medical facility will be needed.

“We have recently arranged and paid for the evacuation of two clients in similar circumstances, where the costs exceeded $9,000 in each case.”

As a rapidly developing country, Brazil has been investing in developing its health care system since 1988 and the constitution guarantees everyone in Brazil access to basic health care. Health care and treatment can come from the public sector, private providers subsidised by the government via the social security budget, or the private sector paid for by private insurance or employers. Medical care is available to everyone living legally in Brazil, which of course includes expats and foreign residents.

For the highest quality care, its recommended expats use the private system, waiting times are generally much shorter and better care. John Sepulveda told Expat Family Health, “Waiting times are terribly long for those who depend on public health and only the most serious cases are tended to quickly. It’s not unusual for hospitals to be so crowded that beds are placed in the hallways. So I’d certainly recommend that anyone moving to Brazil buy private insurance.”

The more affluent Brazilians tend to use the private system, which covers about 20 percent of the Brazilian population in total. Debbie Purser continues, “Expatriates of any nationality holding a private international healthcare policy who may be thinking of travelling to see the football should find they are covered for international health care costs in Brazil whilst on holiday there.”