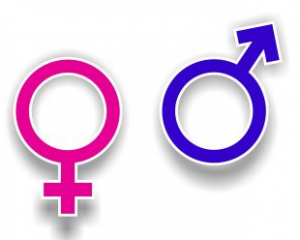 A lack of communication from insurers has led many consumers to view the new gender neutral pricing with suspicion.

Insurers have left consumers skeptical that the new gender neutral pricing rules are an excuse to charge more for premiums, a new report reveals. The EU gender directive, which came into force on 21 December, prohibits insurers from pricing protection products differently according to gender. This resulted in premiums going up in price for many women.

In the run up to the deadline many providers pushed for women to renew their policies or take out new ones. Despite some intermediaries complaining about a lack of communication between insurers and customers, many life offices have reported a sharp increase in business in December.

New research on the insurance industry from BDRC Continental found only 3 percent of consumers remember receiving any communication from their insurers about the gender directive. Consequently, more than half (57%) believe the industry has done a poor job of explaining the changes.

The results show an overall lack of trust in the insurance industry, over half (55%) of those questioned see the directive as an excuse for insurers to charge higher premiums. Only 25 percent believe insurers will aim to minimise the impact on them.

Greater use of price comparison sites

Caroline Ahmed, Director at BDRC Continental, said the research shows consumers have “little faith” the insurance industry will use the introduction of the directive with integrity and many see it a reason to charge them higher premiums.

She added, “The result is that many people plan to use price comparison sites more often, others plan to move away from the household brand names to lesser known companies, and more than a third will reduce their level of cover. These money saving tactics suggest that the industry failed to engage adequately with their customers on the Directive before G-Day.

“However, we believe there’s still time to turn this failure into an opportunity to be transparent and open about the legislation and its impact on consumers.”