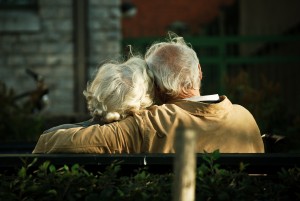 HelpAge has released its International Global AgeWatch Index, which revealed Norway is the best country in which to grow old. The index features 96 countries worldwide, and is the first of its kind to measure the wellbeing of older people.

There are four areas that were measured in the study: income security, health status, capability (employment opportunities and educational status) and enabling environment. Norway scores the best on these four, followed by Sweden and Switzerland. Every country in the top 10, with the exception of Japan (9), are in Western Europe. The worst country to grow old in is Afghanistan.

Norway was especially praised for its income security and employment opportunities, being the country with both the highest GDP per capita and the highest employment rate amongst older people in the region. The full one hundred percent of all people above the age of 65 in Norway receive a pension with only 1.8% of older people receiving less than half of the national average income.

Other countries that are popular with older expats are doing well too. For instance, Spain is ranked 21st in the index and older people can expect to live 25 years from the age of 60, with 18.9 of those years in good health. The healthy life expectancy is higher than in Norway, and could be related to the healthy lifestyle, and famous Mediterranean diet found in Spain. About 68% of people over 65 receive a pension, but 7.7% of people older than 60 receive less income than half the median income of Spain.

Being ranked at 13 in the index, Australia is considered a better place to grow old than Spain, with a high educational attainment rate. One of the most popular European expat retiree destinations, France, is ranked 16th and has high income security with 100% of people over 65 receiving a pension.

Panama is doing well, being ranked higher (24th) than most of its neighbours and offers the best health care system in Central and Latin America, according to the index. Remarkably some of the other countries in this region, such as Mexico (ranked 30th in the index), where 90% of the people that are 65 or older receive a tax-financed social pension. This makes Mexico rank higher than the BRICS countries (Brazil, Russia, India, China and South Africa) on the list.

The index predicts that by the year 2050, 21% the global population will be 60 years or older. This because of better healthcare, sanitation and nutrition, but also because of a decreasing birth rate, and the fact people are living longer.

The index’s top 10 of best countries to grow old worldwide are listed below.