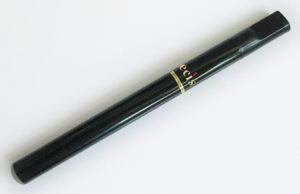 A new WHO report calls for a ban on e-cigarette sales to minors and their indoor use.

The World Health Organisation has urged countries to impose tougher regulations on the sale and use of electronic cigarettes. It cites concerns over the unknown health risks, recommending a ban on indoor use and prohibiting sales to minors.

Since the indoor ban and increased prices of conventional tobacco products in many countries, e-cigarettes have grown in popularity.  They work by using batteries to power a heating element which vaporizes a liquid solution containing a mixture of compounds, including nicotine and flavourings. You can also buy e-cigarettes which release a flavoured vapour without nicotine.

They have been marketed as a healthier alternative to cigarettes, and projected figures suggest they will outsell traditional cigarettes in the next decade. Some studies do suggest they are less damaging to health than tobacco cigarettes, and they may be as safe as other nicotine-replacement products, however, there is insufficient evidence to draw firm conclusions.

It’s due to this lack of evidence that WHO suggests manufacturers should be prohibited from making health claims when marketing their e-cigarettes. In addition, companies wouldn’t be able to advertise their products in a way that makes them appealing to non-smokers or minors.

It is important to prohibit unproven health claims about e-cigarettes and protect existing tobacco control efforts from commercial and other vested interests of the tobacco industry, the report says. An appropriate Government body must restrict e-cigarette advertising, promotion and sponsorship, to ensure that it does not target youth and non-smokers, reports the UN News Centre.

The WHO recommendations came just a day after the Centers for Disease Control and Prevention (CDC) released an analysis of e-cigarette usage among young people. While youth smoking has been in decline over the last two decades, more than 250,000 middle- and high-school students who have never smoked reported using e-cigarettes in 2013, a threefold increase from 2011.

“Evidence shows that while they are likely to be less toxic than conventional cigarettes, e-cigarettes use poses threats to adolescents and fetuses of pregnant mothers using these devices,” said Douglas Bettcher, WHO Director of Prevention of Noncommunicable Diseases in an interview with UN Radio.