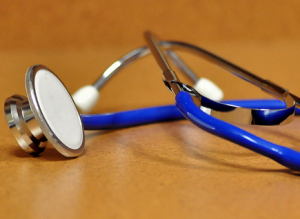 A study has found 9 in 10 health articles on Wikipedia contain errors.

Trust your doctor, not the Internet, is the message from scientists this week, as a study finds 9 out of 10 Wikipedia medical entries contain errors. Scientists in the U.S. compared Wikipedia entries for health related issues such as heart disease, lung cancer, depression and diabetes with peer-reviewed research. They found most articles contain “many errors”.

The concept of Wikipedia allows people to create edit, and delete entries, which increases the likelihood of mistakes. Wikimedia UK, the British arm of Wikipedia, said it was “crucial” that people with health concerns spoke to their GP first. Though the articles can be altered by anybody, there are volunteers from the medical profession who check pages for inaccuracies, Wikimedia UK said.

Wikipedia is the sixth most popular website for research said the authors of the study, published in the Journal of the American Osteopathic Association. Researchers found up to 70% of medical students and 47% of physicians use the tool.

The researchers wrote, “Physicians and medical students who currently use Wikipedia as a medical reference should be discouraged from doing so because of the potential for errors.”

The study looked at articles for the 10 most costly conditions in America, including asthma, back problems and osteoarthritis. The articles were printed and analysed on 25 April 2012 and the researchers found 90% made statements which contradicted the latest medical research.

Errors found included an entry which stated to correctly diagnose high blood pressure three high readings needed to be taken over time. This is incorrect and could lead to a dangerous delay in treatment said doctors. Another entry claimed antidepressants were not beneficial for children, but according to the researchers, this is incorrect and could prevent parents from allowing their children to be treated with medication if necessary.

Lead author Robert Hasty of Campbell University said, while many of the mistakes were relatively minor, some “could have clinical implications”. He urged fellow doctors to get involved in editing Wikipedia entries to improve their accuracy.

“Wikipedia is not about truth but about verifiability”

Reported by the BBC, James Heilman president at Wiki Project Med Foundation said he disagreed with the findings, “The conclusions of Hasty’s paper are not supported by the data he provides.

“One example he raises of a so called ‘error’ is Wikipedia’s recommendation around the diagnosis of blood pressure. We stated that three measurements are usually required.

“So does the National Institute for Health and Care Excellence in the UK which was our reference. Wikipedia is not about truth but about verifiability.”