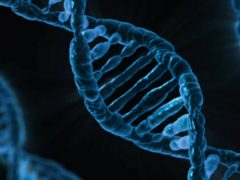 This is the first time that any form of “gene editing” of DNA in embryos has been approved in the world. Although it is illegal to implant the modified embryos… Read more »

When the news broke that one of my guilty pleasures, black pudding had been given “superfood” status, english breakfast junkies across the world rejoiced! A “superfood” is more commonly associated… Read more »

Despite technological advancements in modern medicine, there are still millions of people across the world on waiting lists for one of the most important surgical procedures: organ transplantation. The reason… Read more »

Christmas time has an undefinable magic about it; whether it be the decorations, time spent with family or nostalgia for your youth when the magic shone brighter, it’s a special… Read more »

Loneliness is the dark side of expat life; the side that no one warns you about and which can envelop you when you least expect it. It is often the root… Read more »

It’s obvious that getting vaccinated and being wary of illnesses before moving abroad is important. After all, knowing what infectious animals or contagious diseases you are likely to come into… Read more »

According to a 2013 survey by Wells Fargo, the US investment bank, the answer is yes. They believe that e-cigarettes will be outselling conventional cigarettes within a decade. The idea… Read more »

Media outlets have reported today that the deadly Ebola virus has hit US soil. Officials confirmed that an unidentified patient was admitted to the Texas Health Presbyterian Hospital in Dallas… Read more »