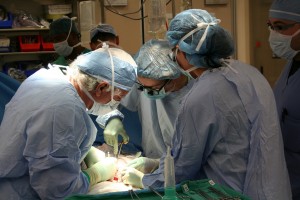 The gap between people who have registered their consent as an organ donor and those in need remains huge.

Despite technological advancements in modern medicine, there are still millions of people across the world on waiting lists for one of the most important surgical procedures: organ transplantation.

The reason for these lengthy waiting lists is not through lack of equipment, facilities or skill, but in fact through a lack of registered organ donors.

The gap between organ donors who have registered their consent and those in need of a donor remains huge. Many countries have implemented strategies, laws and regimes in order to increase the number of organ donors in their country, some more successfully than others.

It’s as easy as swiping right

For the first time in a decade, the number of people registered as organ donors in the UK has fallen and more than 6,000 people have died while waiting to be matched with a donor. To increase the number of organ donors in the UK, an innovative strategy has recently been launched. The National Health Service has teamed up with the widely popular dating app Tinder in order to raise awareness about organ donation.

For two weeks only, Tinder’s “celebrity” profiles including Olympic gold medallist Jade Jones, as well as reality and soap TV stars, will include “The Wait” heart-shaped logo to raise awareness for the cause. After swiping right, indicating your interest in one of the profiles, users will receive the message: “If only it was that easy for those in need of a life-saving organ to find a match.”

There are two main methods of consent when dealing with organ donation. The opt-in method means that someone must give explicit consent through registration if they wish to become a donor, while the opt-out method means that everyone is presumed to consent to being an organ donor, unless explicitly stated otherwise, i.e. they have opted out.

Germany, which uses an opt-in system of consent, has only 12% of the country actually registering to be a donor, while Austria which is similar in both culture and economic stability, has an opt-out system implemented, and a consent rate of 99.98%. Whether, there lies a stronger opposition to organ donation in Germany, or simply people are not motivated enough to register themselves is difficult to tell; but the results speak for themselves. The positive results are not limited to Austria alone, other opt-out countries include Spain and Belgium, both yielding high rates of organ donor matches.

As of 2010, 24 European countries have implemented some form of opt-out system. Wales became the first constituent county in the UK to adopt the opt-out method in July 2013 – which lead to a 25% increase in donors. This is not all that surprising since many people would happily be an organ donor, but had lacked motivation in the past to actually register. While those who feel strongly against it, which are likely to far fewer in number, still have the opportunity to opt-out.

With so many people waiting to find a donor match, it quite frankly frustrates me that organ donation in the UK, Germany and other countries continue to implement the opt-in method, when the opt-out method is clearly the better of the two.

Religion and ethics remain a large deciding factor in becoming an organ donor, with some cultures believing that a body must remain intact in order for the soul to follow its path to the afterlife. Despite the enforced opt-out system which has been in place since 1999, in Italy the family of the deceased make the decision on behalf of the deceased if he or she neither allowed nor refused donation while alive.

An interesting strategy was implemented in Israel in 2008, known as the “don’t give, don’t get” policy. This involves offering an incentive to registering as an organ donor in Israel. If you do so, will be given preferential treatment if you ever need an organ transplantation yourself.

When you move abroad, you may unknowingly be moving to a country where the system differs greatly to your system back home. How is organ donation dealt with in the country you are moving to? Are you automatically included in an opt-in or opt-out system the moment you become a resident or do you have to be a permanent citizen to be included?

If you are an organ donor, do you know whether your organs will be donated after your body has been repatriated? These are not nice questions to ask yourself or even think about, but if it is something you care about, your best bet is to ask your health insurer how the system works. If you are automatically incorporated into the donor system in your new country, make sure you know about it.