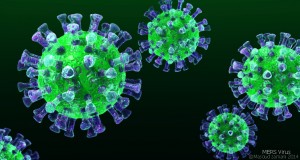 The World Health Organisation have reported a total of 64 cases, including 5 deaths due to the outbreak of Middle East respiratory syndrome coronavirus in the Republic of Korea. This the largest reported outbreak outside Saudi Arabia since the virus first emerged in 2012.

WHO reported the first case of MERS-CoV on 20 May, affecting a 68 year old man in the Republic of Korea. The man in question had recently returned from a trip around four middle eastern countries. The virus was not initially suspected as the cause of the illness, and thus was not treated in isolation. It is believed that this may have contributed to the further spread of the virus amongst hospital workers, who were the first to be in contact with the patients.

MERS-CoV, or Middle East respiratory syndrome coronavirus, is a respiratory illness which has, as of recently, been confined to the Middle East. Symptoms include severe coughing fits, fever, shortness of breath, pneumonia and gastrointestinal symptoms including diarrhoea. In the most severe cases, respiratory failure can occur which requires mechanical ventilation and support in an intensive care unit. Approximately 36% of reported patients with MERS-CoV have died.

The origins of the virus remain unknown, however the most common theory is that the virus originated from bats, who transferred it to camels which was then passed onto humans.

85% of cases reported since 2012 originate from the Arabian Peninsula, primarily in Saudi Arabia. Several cases have been reported outside the Middle East since then, however most of these are believed to have been originally contracted in the Middle East, and then spread elsewhere.

There are now fears that further infected patients have travelled outside the Republic of Korea against medical advice. There is one confirmed case of MERS-CoV in Guangong, China and the patient is now being treated in Huizhou hospital.

For expats living in infected regions, it is important to remember to practise general hygiene standards. It is advised that you avoid close contact with animals, particularly camels, when visiting farms, trade markets, or any areas known to be close to where the virus could be circulating. Regular hand washing before and after dealing with animals is strongly advised.

The consumption of raw or under cooked animal products, including milk and meat, carries a high risk of infection, so you must ensure that all food and drink is properly cooked and pasteurised before consumption.

There are currently no vaccinations or treatment available for MERS-CoV. This disease is still largely unknown, however WHO are confident that their investigation into the outbreak in Korea is going to produce valuable scientific data to help better understand and treat this virus.

WHO advises against the need for special screening, or restrictions to be put on trade and travel at this time. For regular updates from WHO you can visit the official website.

You can find more information on MERS-CoV, the outbreak and WHO’s response here.