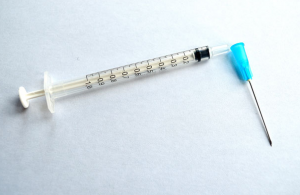 Measles deaths and new cases of the disease have fallen significantly since an immunization campaign began in 2000.

The number of measles deaths decreased globally by 71% between 2000 and 2011. Over the same period, the number of new cases dropped by 58%, according to data released by the World Health Organisation (WHO) this week.

This data, published in the CDC’s Morbidity and Mortality Weekly Report, shows results that are largely thanks to increased vaccination programmes. WHO recommends that every child receives two doses of the measles vaccine.

The global coverage of the first dose of vaccine increased from 70% in 2000 to 84% in 2011. In addition, the number of countries who provide the second dose as routine rose from 97 to 141 over the same period.

Despite this progress, some 20 million children worldwide didn’t receive the first vaccine in 2011. More than half of these unvaccinated children live in five countries:

Most of these countries are in WHO regions that have vowed to eliminate measles by 2015 or 2020. The outbreaks listed above present a serious challenge to these regional elimination efforts.

Experts say these outbreaks emphasise the need to education parents on the benefits of immunisations and ensure they are aware of the risks of not vaccinating their children.